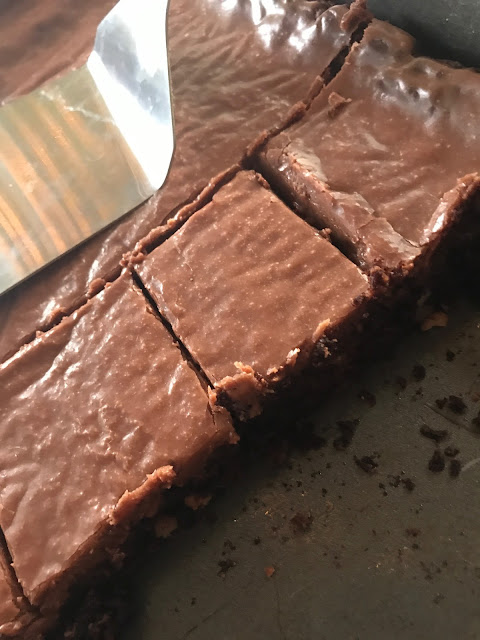 In a nutshell...
About 19 years ago, 50 of my closest friends and family, who had been on an e-mail forum with me, sent in recipes in different categories and we compiled a cookbook.
I decided to count those down!
Why? 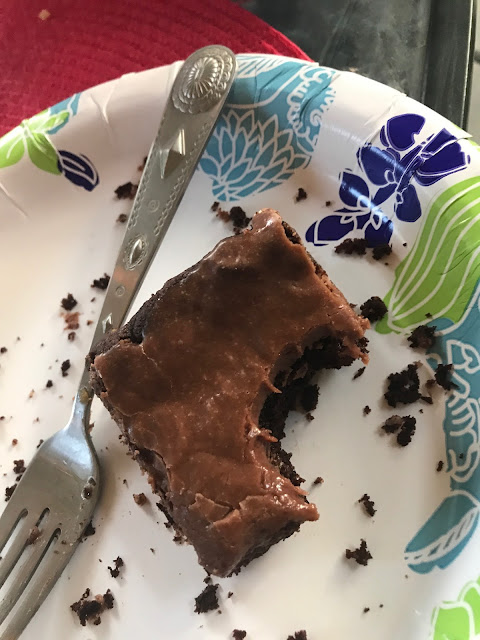 These are so good!  Like a Texas sheet cake kind of good. 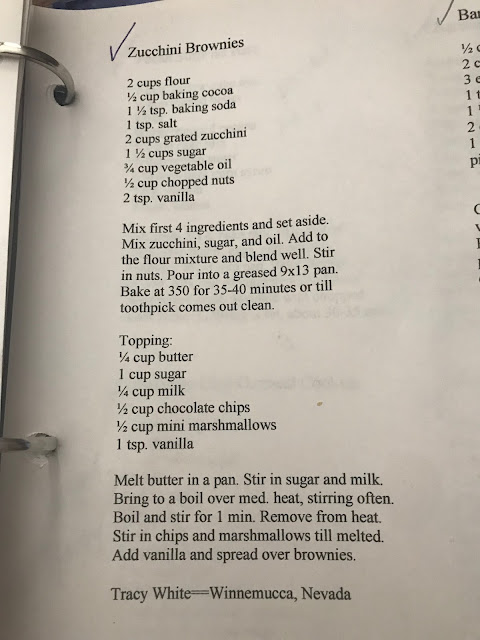 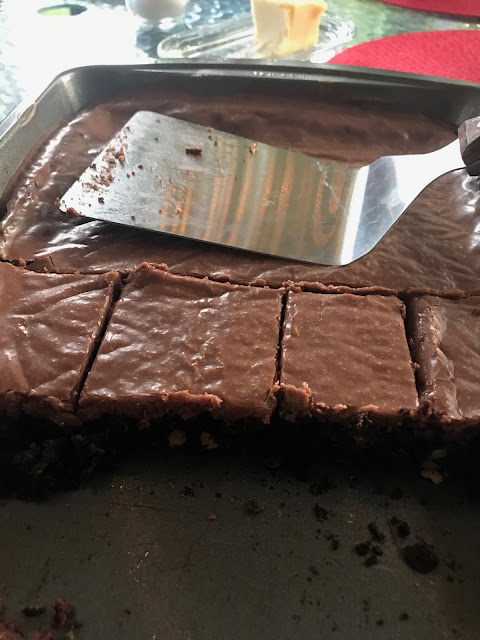 You all remember my posts about my friend  Tracy-- she passed away a couple of years ago, so she never got to see herself as a  celebrity chef . HA!  That's what she'd be saying right now...HA! AS IF the Friday Friends Cookbook was famous. 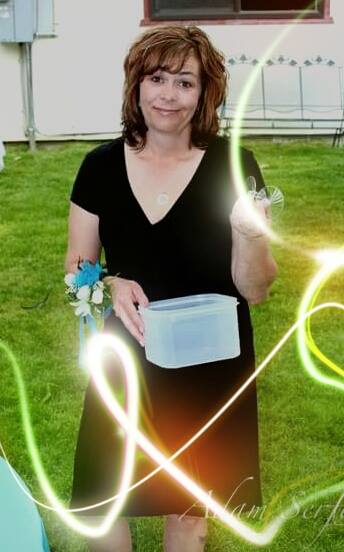 But, this is not so much a Tracy story, but an Evalynn story.
Evalynn is my granddaughter.  She told me last summer that she hated zucchini and would never eat it anyhow, anyway, anytime.
She was 10.
I fooled her!
And she loved it.
I don't know how she felt about being tricked tho. 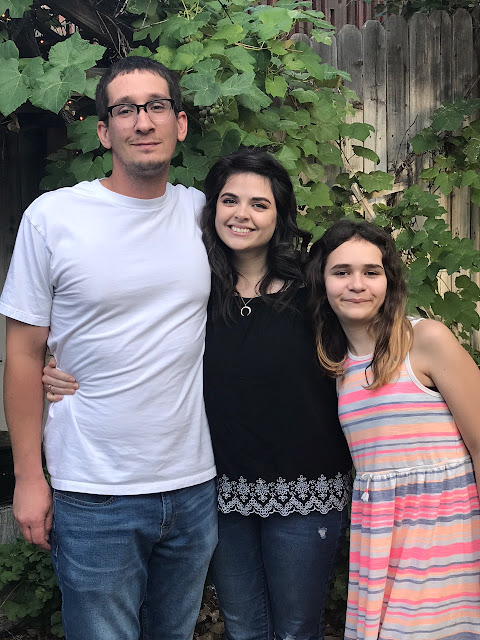 Actually she's a pretty good sport about being tricked. Game playing is another story.  She's a rule follower. Do not deviate from the rules!
Every summer we have a cousin camp up at our cabin in Oregon.
(photo from last summer---missing a couple of cousins) 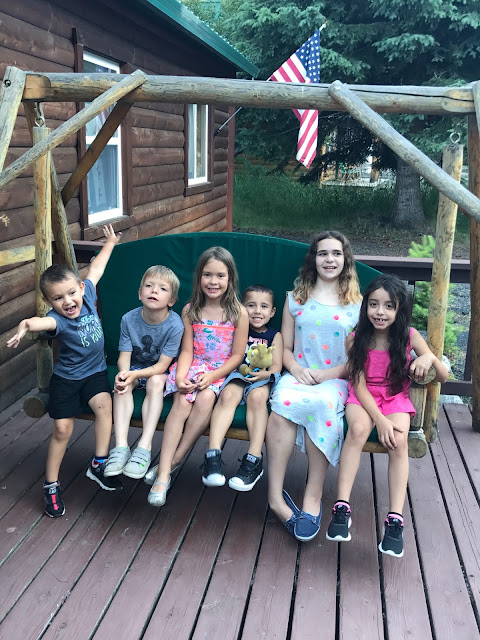 Yes, a rule follower.  The previous summer she had a little trouble with the miniature golfing outing and her younger cousins... so this time I told her, *'Ev, play your own game of golf. Just concentrate on you and have fun, because in this group, we have poor sportsmen, cheaters and 2 four year olds---it's not gonna be pretty.  Just play your own game of golf and have fun!'

She tried.  She really did.
It's just so hard when people don't play by the rules!
I think she might have lagged behind and pretended she was with that family--the ones without any other kids.
~grins~

Speaking of any other kids..
this was the night her parents told her she was going to be a big sister.
Zucchini AND having to share your dad from now on?
2 big things for one girl to handle. 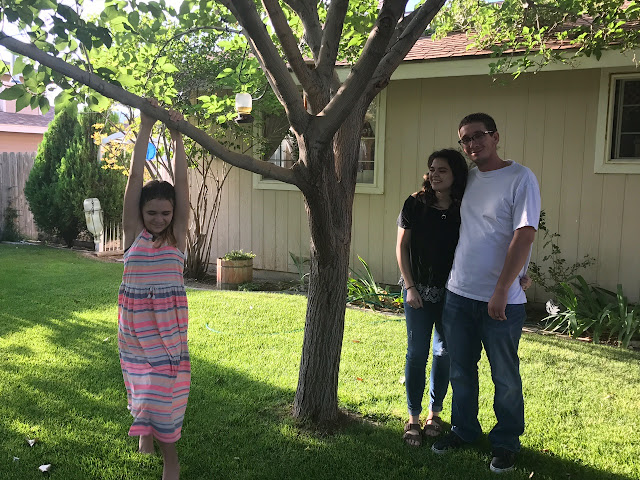 She's doing just fine tho....
great big sister and will eat zucchini if it's concealed within brownie batter.
Those cousins tho.... that's another story. 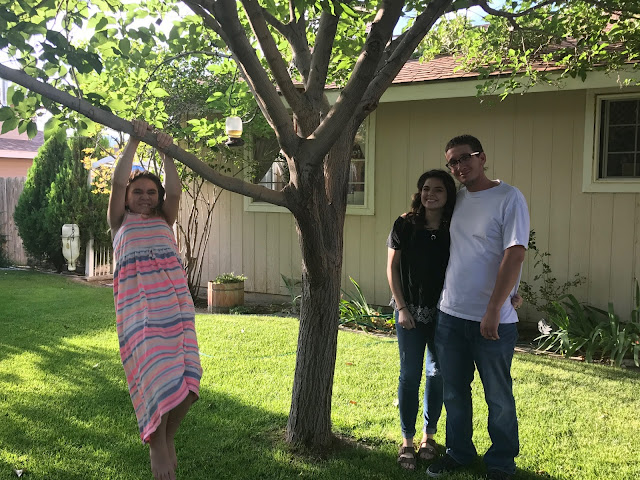 *disclaimer:  the cousins don't actually cheat, they were just learning the rules of the game and she's a bit older than they are...and let me just say, a couple of her uncles (and maybe her dad) aren't out of the realm of trickery or bamboozeling when it comes to game playing!  The cousins learned from the masters! 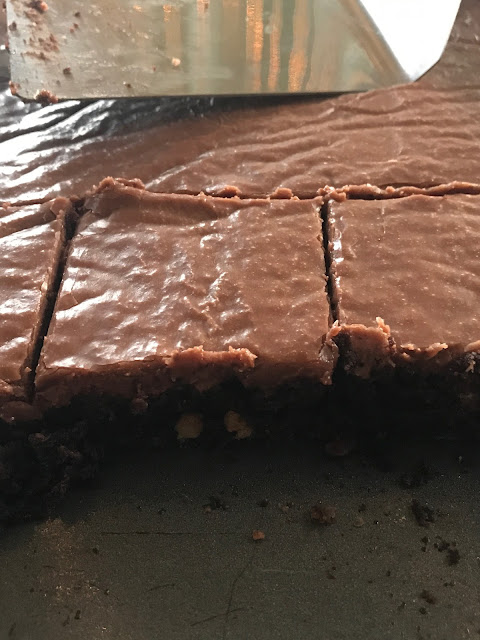 Who knows how many I have left to go?

I've been on a little Friday Friend Cookbook break for awhile--so much so that a friend on Facebook asked me if I was done posting my stories about what I cook.
See Tracy!!  Famous! You can quit smiling down from heaven about that one!
We are famous, I tell ya!

That's my story and I'm sticking to it!