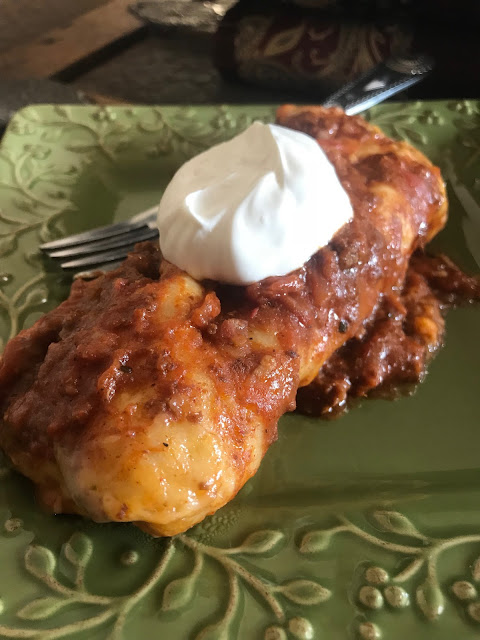 What is the Friday Friend cookbook? I once had about 50 of my closest friends and family (from all over the county) on an e-mail forum which I called the Friday Friends . At first, most of them didn't know each other, (they knew me) but over the past 20 years, we've answered and shared silly--and serious---questions, exchanged Secret Santa Christmas gifts, had a dieting contest in which we paid a $1 a week and that money went to a scholarship fund for a Friday Friends son's memorial scholarship, and we went on a great vacation for my 52 birthday. (plus so much more....)

AND, we contributed recipes for a cookbook.

I was looking at the cookbook the other night and I said, "I should make every recipe in here for my blog."
The Handyman--who thinks he knows me better than I know myself (this happened to be a question on the Friday Friend forum once---does your spouse/partner know you better than you know yourself?)--said,  "you'll never, EVER do that."
WELL---maybe I'll show him!  Maybe I will. 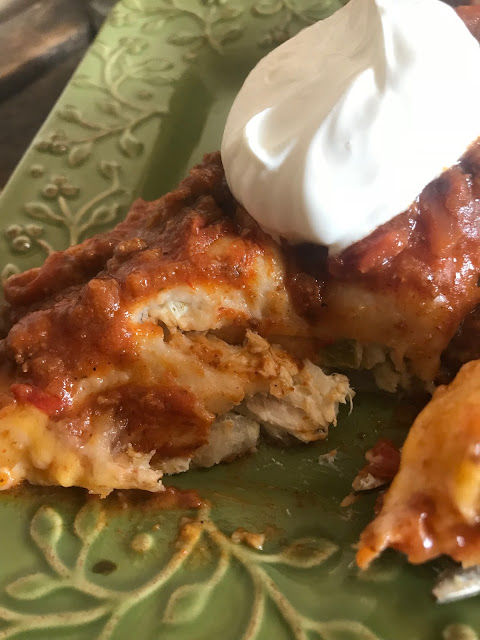 This is a good one! There were a lot of enchilada recipes turned in for the Friday Friend Cookbook Countdown and while all are good---I really loved this one. 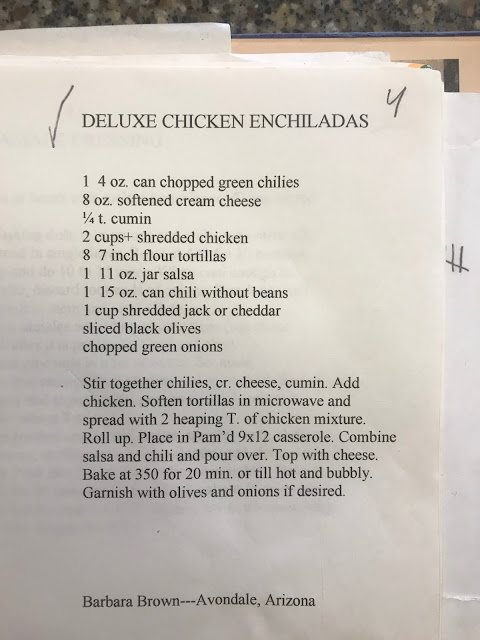 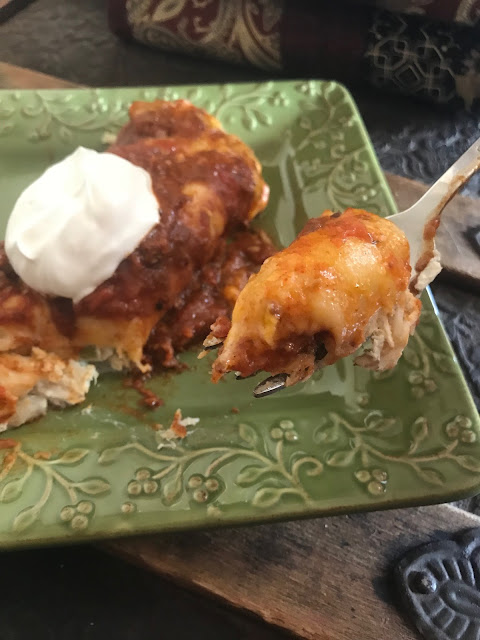 And now.... a story about Barb. This is getting really hard as this is her 55th recipe in the countdown.
I think I've revealed all her secrets.

Secrets?
That's it.
I'll tell you about the weekend of secrets. 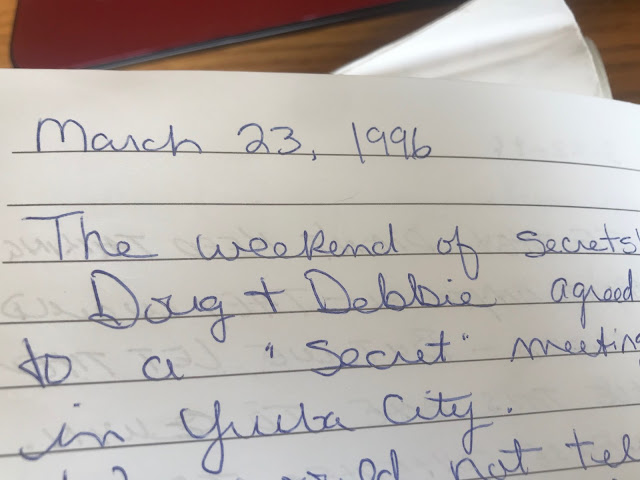 I used to keep journals. Notebooks. Diaries.
All kinds of records about my life.  I don't do it so much anymore, but I can go back and find random entries sometimes  (because they are also not organized and some I tossed).
Here tho, is an entry from a weekend with Barb and Doug.
24 years ago!
It looks like Doug and I set up a secret meeting--- here is the rest of the story.... 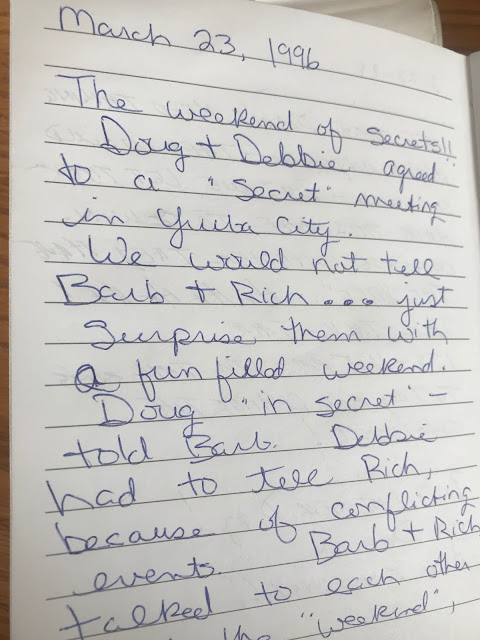 You say you're having trouble reading my handwriting?
Join the club!

It says....
The weekend of secrets!!  Doug and Debbie  (I wrote in 3rd person in my Barb and Doug notebook--not sure why?)
agreed to a 'secret' meeting in Yuba City...
We would not tell Barb & Rich...just surprise them with a fun filled weekend.
Doug 'in secret' told Barb.  Debbie had to tell Rich because of conflicting events.
Barb & Rich talked to each other about 'the weekend', not letting on to their spouses that the other one knew.
Rich told Debbie that Barb knew he knew.
Debbie talked to Barb--they decided to tell Doug the Stones couldn't make it.
Doug was disappointed until Barb began laughing, then he realized the Stones were coming indeed!
(I actually wrote that---the Stones were coming INDEED!)
Then Doug called Debbie to 'play along' with the -they aren't coming game, inviting them for next weekend.
So....the joke was on ---who?
*****

Yes friends that is an actually journal entry.
a couple more from the same weekend:

Rich was 'debbiestated'  all weekend.
(he flubbed up saying devastated once and we couldn't let him live it down.  We all kept say debbiestated all weekend long.)

Rich was missing in the middle of the night--Doug and I believe he was studying 20 question cards.
(I woke up and he was gone---I rolled over and went back to sleep.  I have no idea where or what he was doing. We would have marathon board game playing weekends, and once Barb won on the very first guess at 20 questions!  )
*****

And finally my last journal entry from that weekend says...
(please forgive me--I was only 36 years old, the Handyman 43, Doug 41, Barb 50, but we were laughing like teenagers)

We had non-stop intercourse with the Browns.  It was great!!
As always, a wonderful weekend.
*****

The photos were not from the intercourse weekend  (well, we did communicate, so?) but we did have a great weekend playing board games in our backyard. 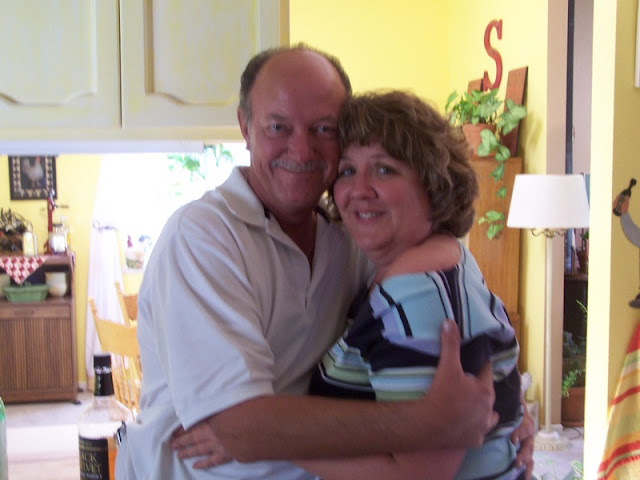 Is Barb in pain? Is Rich in ecstasy?
It's hard to tell from these photos.
(I'm joking people!  I seriously hope Barb is not in pain) 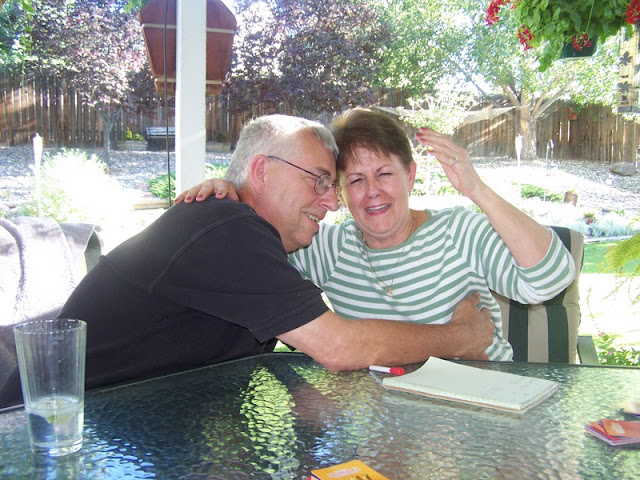 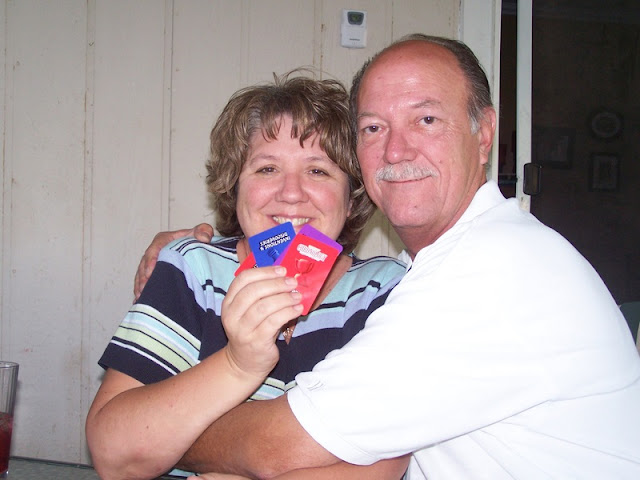 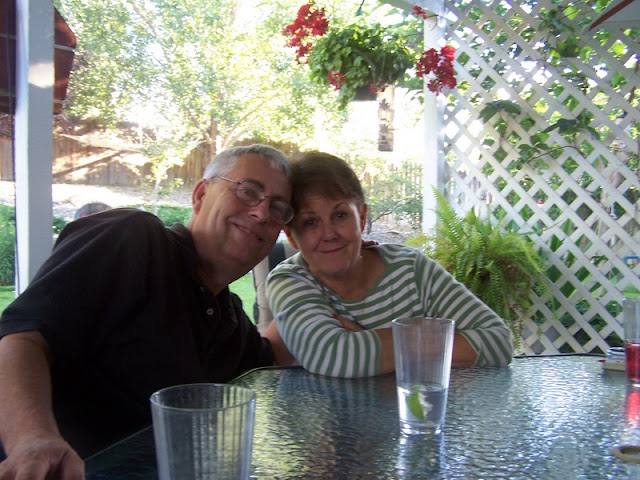 That's my story--and I'm sticking to it.

And friends, I bring to you