The Secret Life of Violet Grant (and other things) 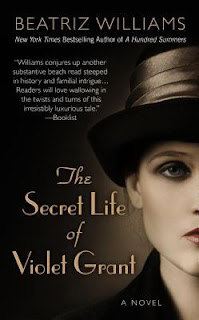 From Goodreads:
Manhattan, 1964. Vivian Schuyler, newly graduated from Bryn Mawr College, has recently defied the privilege of her storied old Fifth Avenue family to do the unthinkable for a budding Kennedy-era socialite: break into the Mad Men world of razor-stylish Metropolitan magazine. But when she receives a bulky overseas parcel in the mail, the unexpected contents draw her inexorably back into her family’s past, and the hushed-over crime passionnel of an aunt she never knew, whose existence has been wiped from the record of history.Berlin, 1914. Violet Schuyler Grant endures her marriage to the philandering and decades-older scientist Dr. Walter Grant for one reason: for all his faults, he provides the necessary support to her liminal position as a young American female physicist in prewar Germany. The arrival of Dr. Grant’s magnetic former student at the beginning of Europe’s fateful summer interrupts this delicate détente. Lionel Richardson, a captain in the British Army, challenges Violet to escape her husband’s perverse hold, and as the world edges into war and Lionel’s shocking true motives become evident, Violet is tempted to take the ultimate step to set herself free and seek a life of her own conviction with a man whose cause is as audacious as her own.As the iridescent and fractured Vivian digs deeper into her aunt’s past and the mystery of her ultimate fate, Violet’s story of determination and desire unfolds, shedding light on the darkness of her years abroad . . . and teaching Vivian to reach forward with grace for the ambitious future––and the love––she wants most.

From me and the Totally Lit:
We thought it a great summer read!
A great Beach Read!
We all enjoyed it.
Some more than others, but overall, we thought it a fun, fast book and we are now excited to read 'A Hundred Summers" by the same author.

I give it 4 stars.
I liked the main character of Vivian.  She was quick witted and intelligent and I liked her repartee with her family and co-workers.
As an author, I think it takes talent to be able to write  witty word play/banter like that.
(I can't think that fast myself....I'm  the kind that smiles and then goes home and thinks of a great comeback the next day)
While the story-line had some serious subjects, it was not too complex-- that's what makes it a 'beach' read-- and yet, filled with enough mystery and intrigue to keep you turning those pages.
You WANT to find out what happened!

I also like the fact that her books intertwine.
We found out last, going over the discussion questions, that the  minor characters "The Greenwalds"  are in her book  "A Hundred Summers"!
Which,  had just happened to arrive in my mail box on Tuesday.  I can't wait to read it. 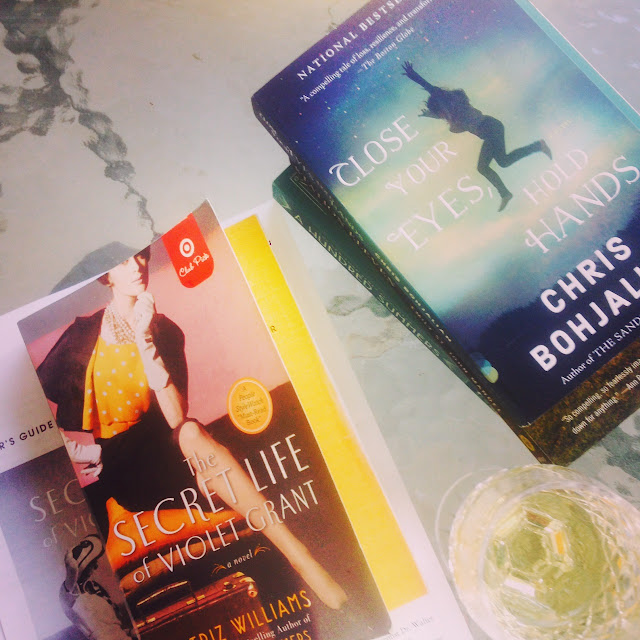 It was a small group last night. Summers are like that sometimes.
We shared a nice light summer supper of "Cool Beans Salad"  (yes, I did a blog post about cool beans salad once) and some fruit. 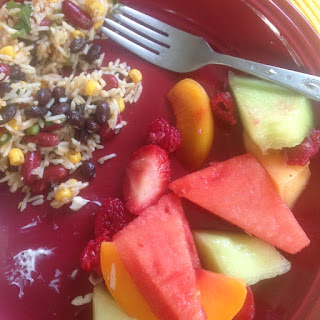 But as usual, we have a great time discussing the book, as well as what's going on in our lives.
Gini-- the second from the left just did an amazing job, painting our hillside letter (yes, I did a blog post about that once too... Hillside letters, only in the west), purple for Alzheimer's and Brain Awareness Day-- The Longest Day, June 21st.
She said that they had the  perfect color  of purple, but when it dried, it faded to a violet color.
With her positive outlook she says that it is a symbol that Alzheimer's will fade away soon.
We can only hope. 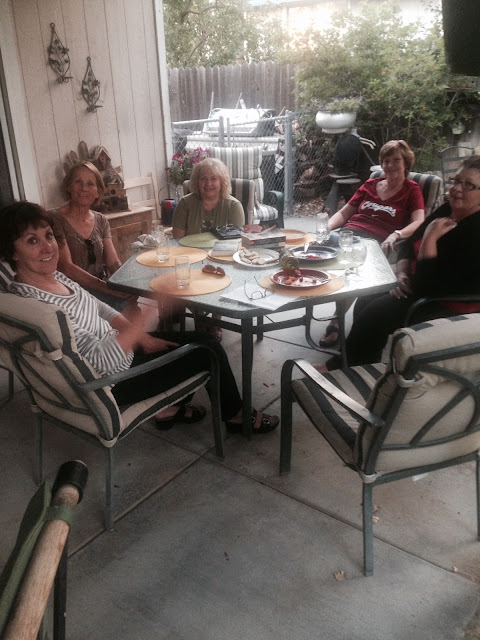 I love these book club ladies!
Next month we will be reading  "Close Your Eyes, Hold Hands" by Chris Bohjalhin.

In other news---I broke my 3rd computer this week.
I am having to do this blog at work.
One computer in the shop, 2 now waiting to follow.
We really need to just break down and buy a NEW ONE!!

I have so many blog posts to write:
Food and Flix
Stephen King Misery Read-along

Those 2 by Saturday!!
And I don't work on Fridays.

and then
Friday Friend Cookbook Countdown,
and another book club meets on Friday night!

I NEED A COMPUTER!

I read my first Beatriz Williams book recently and loved it and now I want more of her work!!

I have only read one book by Chris Bohjalhin and it was good. Lots of things you don't see coming together until the end. Your book club sounds amazing. Would love you join you ladies 💙