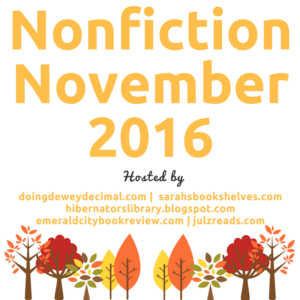 November Nonfiction is back!

I'm so excited to join in my 2nd year with the Nonfiction November peeps.
(is peeps still a word? I never can keep up)

This year NFN is hosted by
Katie at Doing Dewey

My Year in Nonfiction: Take a look back at your year of nonfiction and reflect on the following questions – What was your favorite nonfiction read of the year? What nonfiction book have you recommended the most? What is one topic or type of nonfiction you haven’t read enough of yet? What are you hoping to get out of participating in Nonfiction November?

1. My favorite Non-Fiction of the year?

This is a hard question to answer, but I loved this one so much, and not just from an emotional standpoint.  I learned all kinds of facts and interesting stories about both bands, which I didn't know before, so I'll have to go with..... 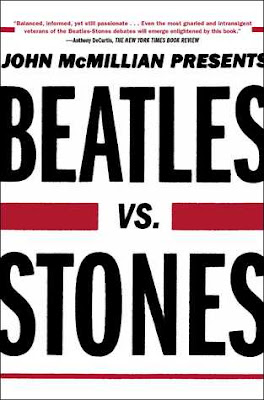 I couldn't sit and read this thru at one sitting--it wasn't a cuddle up on the couch and read kind of book.  It was the kind that I had to share with anyone I could and say "listen to this..."  or "did you know?"

Beatles vs Stones.
It's an on-going argument in my household.
The book was great/amazing!  But the argument has not been settled yet.
(But everyone knows it's the Beatles, right?)

2. What nonfiction book have I recommended the most this year?

I think it has been a tie. I've loved recommending  When  Women Were Birds by Terry Tempest Williams.
(it's hauntingly moving) 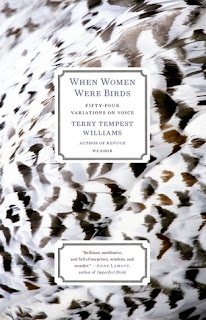 And I've recommended just as often, The Oregon Trail (which I discovered from last year's NNF. Thanks JoAnn) by Rinker Buck. 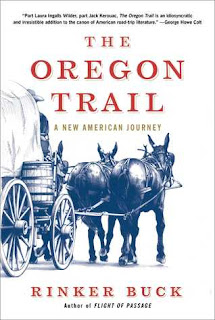 3. What is one type of nonfiction I haven't read enough of yet?
Can I write exactly what I wrote last year?


Obviously I read more on the lighter side of non-fiction, but I would have to say---Books on Social Justice written by progressive Christians.


Seriously.
And that can be a tuff and really deep subject, so I tend to stay away and stick to easier nonfiction like memoirs and cookbooks.  But I  would like to read more of that type of nonfiction some day.
It was true last year and it's still true today.

4. What am I hoping to get out of participating in Nonfiction November?
A ton of new titles to put on my TBR List!
Last year, thru Nonfiction November I was introduced
to so many great titles (and new friends), my eyes
were opened and I saw the light!
(because I hadn't been that aware of how much nonfiction or what kind of nonfiction I had been reading before.)
I am soooo  excited to see what what's coming up this year.

Oh man, I think both Vance and I would love Beatles vs. Stones.

I'm so glad Nonfiction November is here!! Hope to get my post up tomorrow. I'm also happy to see The Oregon Trail listed here.... I've recommended it to quite a few friends and most of my family. Adding new books to my reading list is my favorite part of the month, too!

Hope you discover loads of new non fiction this month!

Arrrgh, I still have to read The Oregon Trail. I actually started it once but I just wasn't up for the "journey" at that time. I will get there one day!

Wow, 'The Oregon Trail' looks fantastic! Just the concept alone is great, plus it has a ton of raving reviews.

I've been wanting to read The Oregon Trail since it came out and just haven't made time yet! Hopefully this year I'll finally pick it up :)