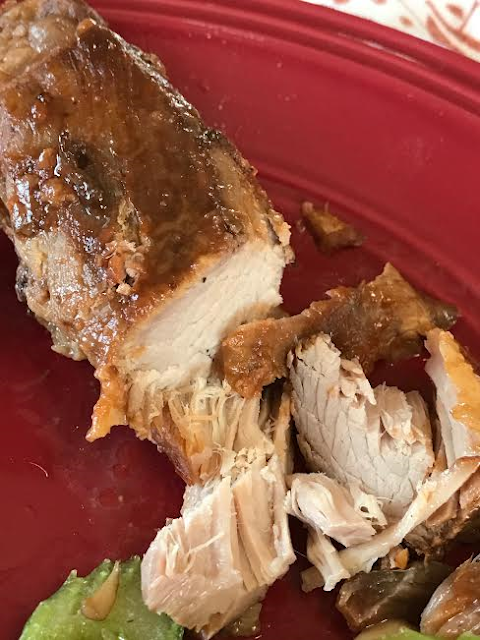 In a nutshell...
About 17 years ago, 50 of my closest friends and family, who had been on an e-mail forum with me, sent in recipes in different categories and we compiled a cookbook.
I decided to count those down!
Why? 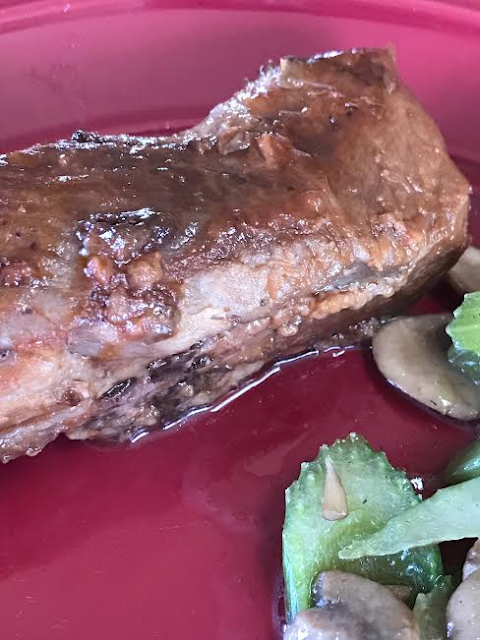 Easy, tangy and good!  I love to be able to put things in a crockpot in the morning and come home to a meal all ready. If Auntie Darleen had a nickname, it would be Darleen the illusive! Finding a photo of her is hard.  I don't think she likes her picture taken much.
This is Darleen's 4th appearance in the Friday Friend Cookbook Countdown, you can see them all here--just click. 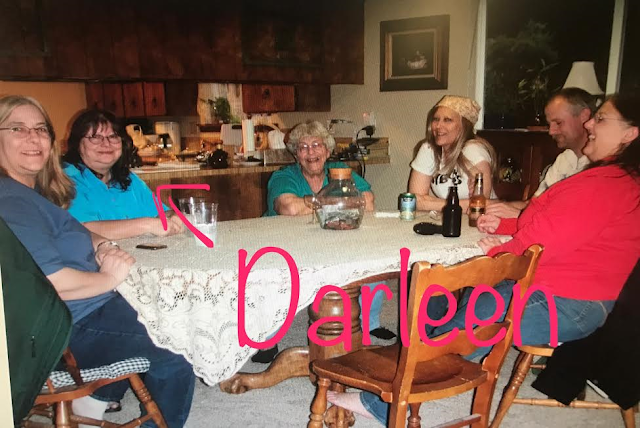 Perhaps Auntie Darleen doesn't like her picture taken, because she is so old!  She is over 21 you know---her life is over!
At least  that's how I understand it.  It's a family known fact, that when Darleen turned 21, she was very depressed and cried, because she thought the best part of her life was behind her.
I do believe tho, she's had some very good times since then.  She hadn't even met the love of her live yet...
Her nephew, the Handyman, had a similar meltdown when he approached his 25th birthday-- the term QUARTER OF A CENTURY, kept him awake at night. 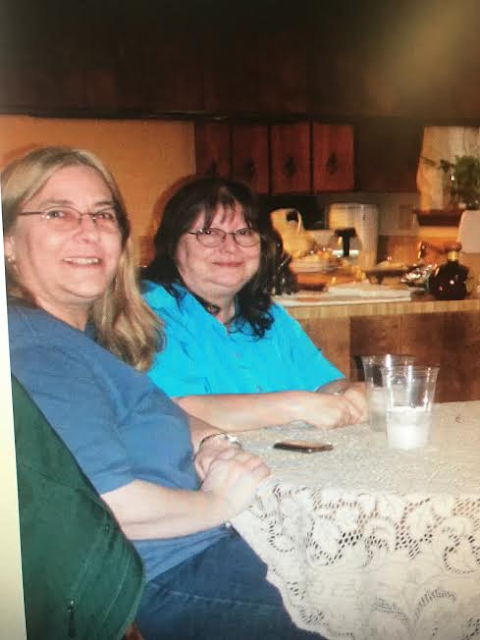 That's my Darleen story!
Old, not so old!

AND---I have some great news!  I was looking thru the FF cookbook as I often do and I noticed that there are a couple of double recipes. Same exact recipe turned in by the same person, accidentally put in 2 different categories.  I found 4. So I am closer to being done than I thought.

My family would love these!

Do you lay your ribs flat in the crock pot? I had tried one recipe where they said to stand it up but the dang sauce just ran off of it. That was not cool at all. I usually make our dry rub, baby back ribs slow and low in the oven - 350° for the first hour and a half; then I take out the two pans (3 racks) and cover them w/foil, switch places, and turn the oven down to 300° for another hour and a half. Our ribs are so tender that when I use the kitchen shears to cut them apart, the bones come out.