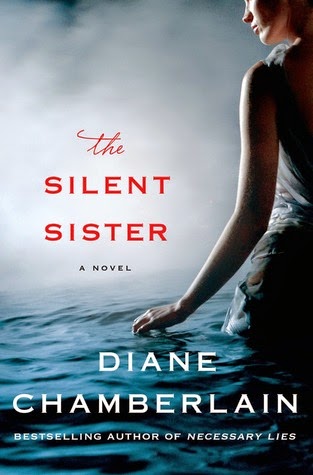 From Goodreads:
In The Silent Sister, Riley MacPherson has spent her entire life believing that her older sister Lisa committed suicide as a teenager.  Now, over twenty years later, her father has passed away and she's in New Bern, North Carolina cleaning out his house when she finds evidence to the contrary.  Lisa is alive.  Alive and living under a new identity.  But why exactly was she on the run all those years ago, and what secrets are being kept now?  As Riley works to uncover the truth, her discoveries will put into question everything she thought she knew about her family.  Riley must decide what the past means for her present, and what she will do with her newfound reality, in this engrossing mystery from international bestselling author Diane Chamberlain.

From Me:
I had been seeing all kinds of good posts about this book, so I decided to give it a go on audio.
I liked it very much.
I think I enjoyed it more on audio  than I would have if I had read an actual book.  The narrator, Susan Bennett did a great job.
Every once in a while I like a good mystery and/or women's fiction, and this was a good one on both accounts.

I have it in print so I'll probably try it that way. :/