In my very own Cookbook Countdown!
I am also  linking  this up to Cookbook Wednesday, which at the present is being hosted by Marji at "Modern Day Ozzie and Harriet" (Thanks Marji),  until Louise is back to blogging again at   Months of Edible Celebrations.

As  I said the last time I posted a cookbook for the countdown,
this isn't even making a dent in my collection.
And it's #77!
This will keep me busy until I die. (posting from each cookbook)
I'm so glad I have a purpose in life!  A goal!  I can never give up!
Check them all out here! 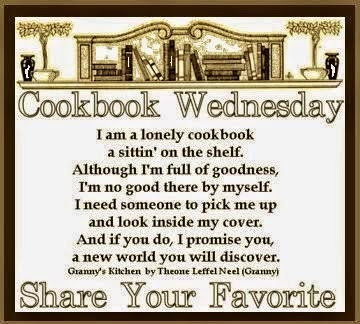 This week, I whipped up a quick meal from a community cookbook, that my mom had given me a while back.
My nephews have played hockey their entire lives.
You think I jest, but my nephew Jase, just turned 18 and he's been on the ice since he was 3 years old.
But wait! Before I get to that...
this is the cookbook I pulled off my shelf: 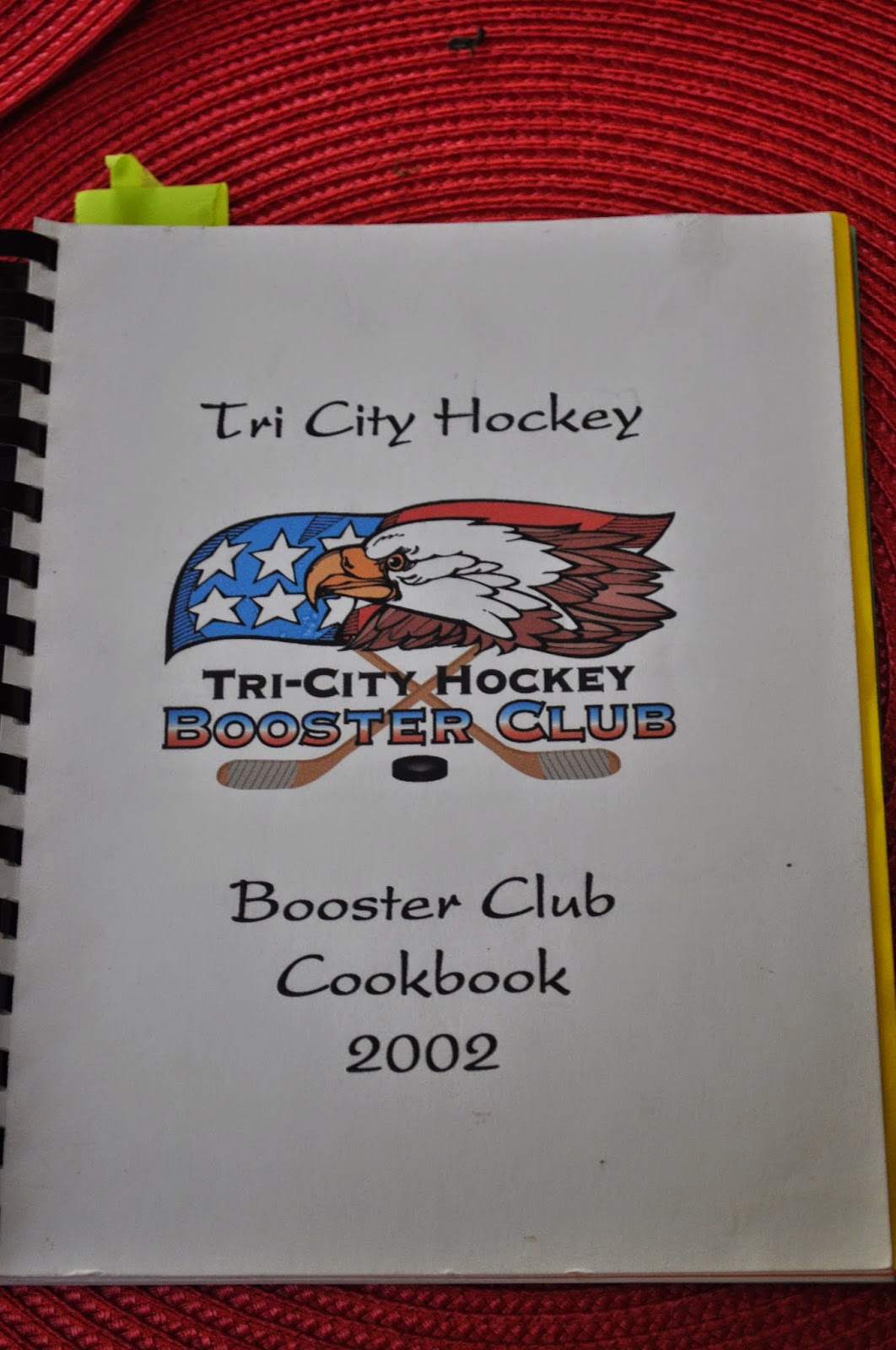 It has easy, easy weeknight meals.
The thing about community cookbooks--they have recipes  turned in by home-cooks,(usually the best of home-cooks) moms of the players,  wives of the cattlemen, Soroptomist business women, Church groups, etc.
We buy them to support a cause.
And usually we can find a recipe or two that is new to us and very good. 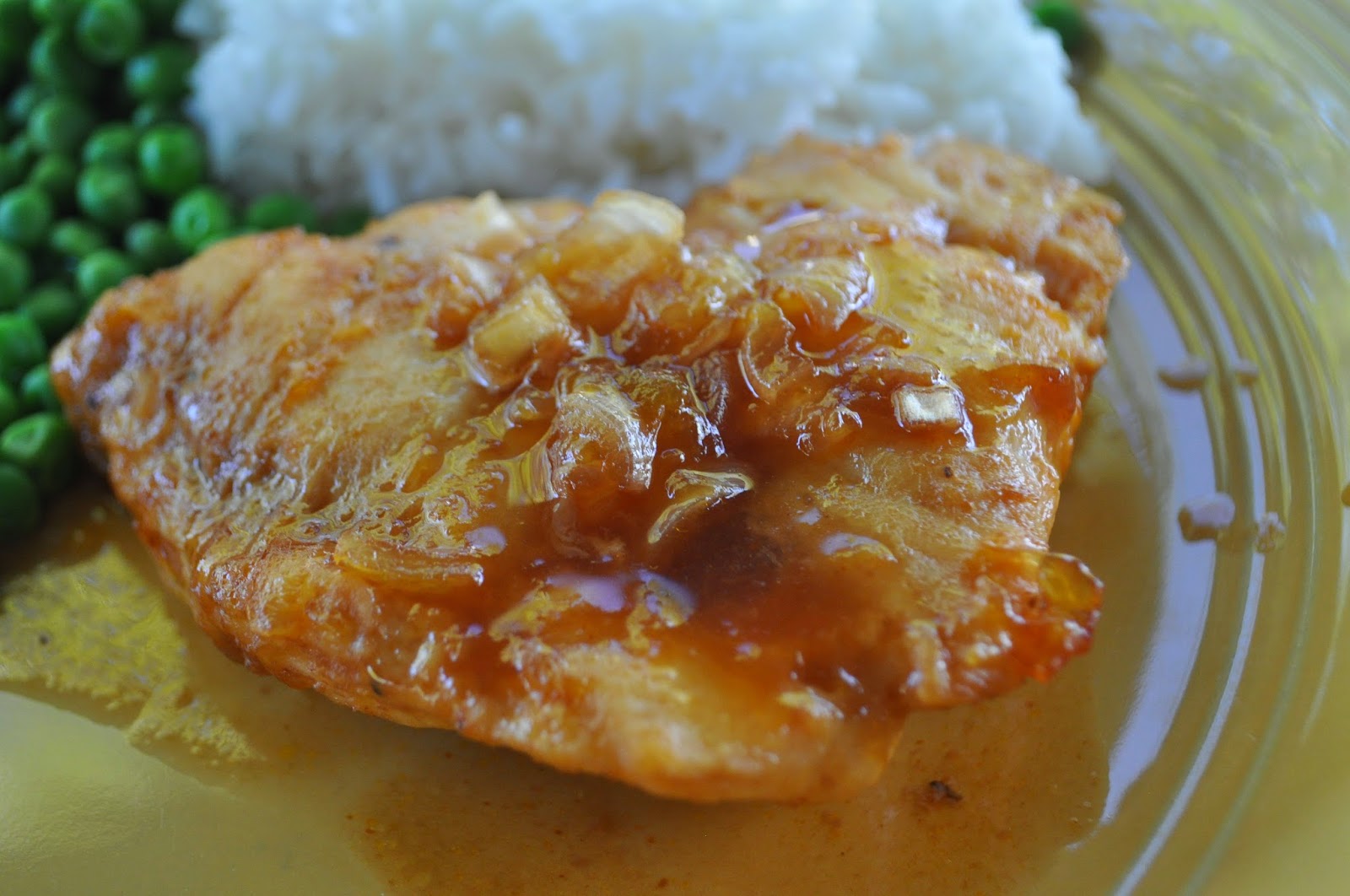 I don't even need to explain it, do I?
It was just good and easy to make after a hard day's work.
The Chicken  has a nice spicy (I used a spicy bbq sauce), sweet flavor.  It's very similar to orange chicken except it was peachy. 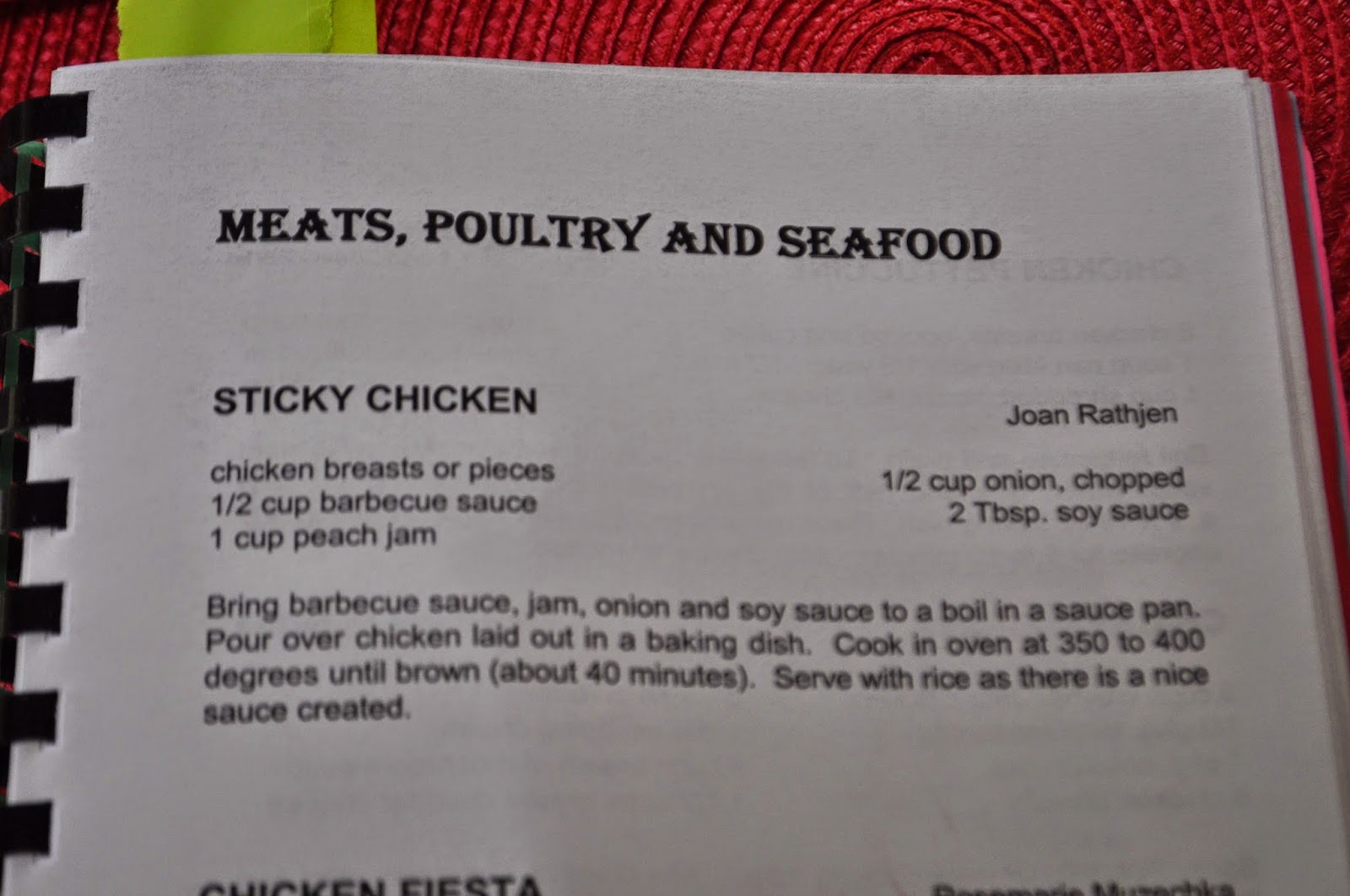 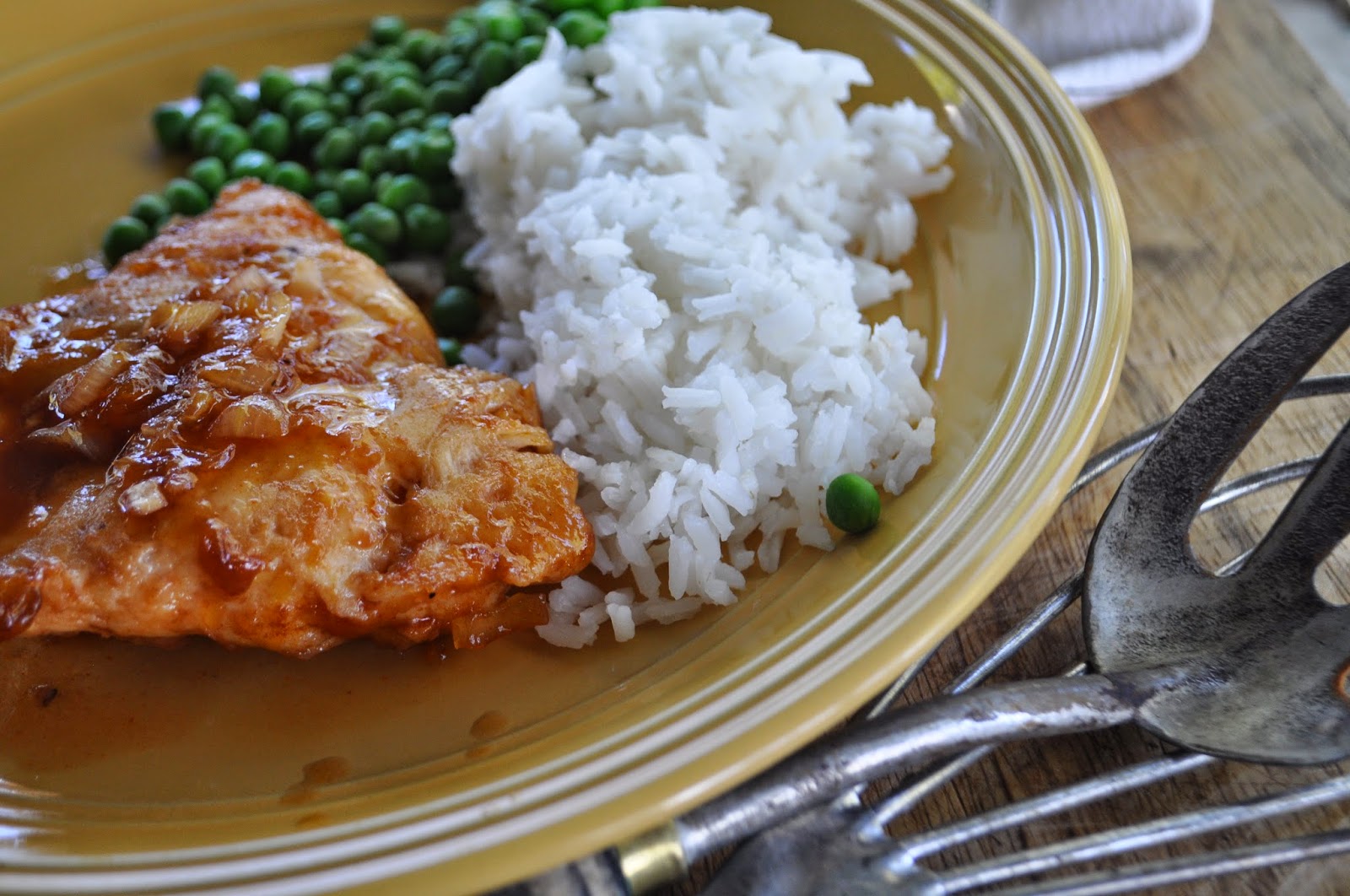 Now, just let me give a little shout out to my nephews, my brother and sister-in-law, my  parents!

THEY ARE HOCKEY PEOPLE!
They  spent hours and days and weeks in cold hockey rinks, traveling to and from practices at all hours (you take ice time when you can get it when you live in a town with a semi-pro hockey team and numerous high schools and youth leagues).
And most of all, they supported and encouraged the boys (and girls once in a while) who played youth hockey.
The Handyman and I are desert rats.
We moved away from Washington State years ago, because of HM's job.
No where near an ice rink of any kind.
We missed going to games and seeing my nephew's growing up on the ice.
They literally did.

Jason went from this: 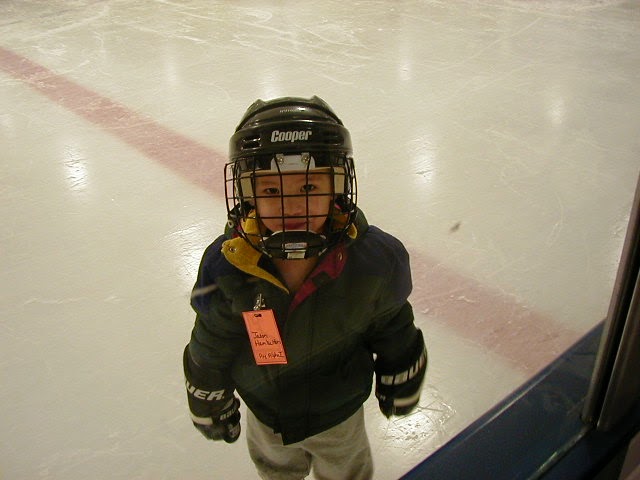 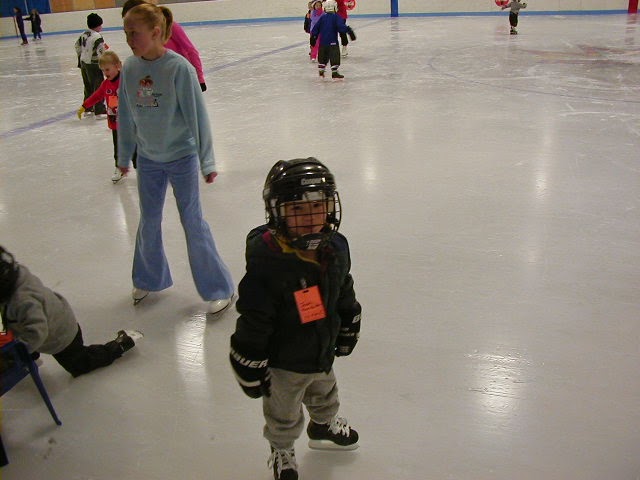 To This--in the blink of an eye! 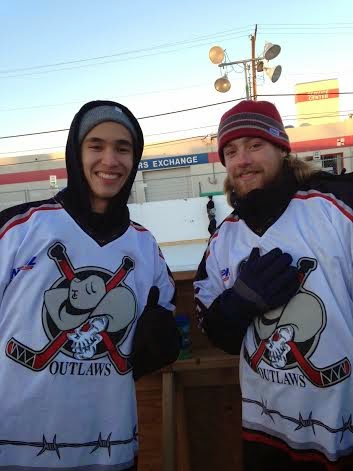 Jason will graduate from high school next month and his highschool/youth hockey career will be over.
I am so proud of him  (and his older brother)
The last team Jase was on was a traveling Jr hockey  (16 to 22 years old) team call the Outlaws.
So I have a few random photos  to share. 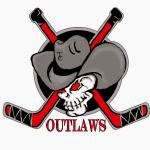 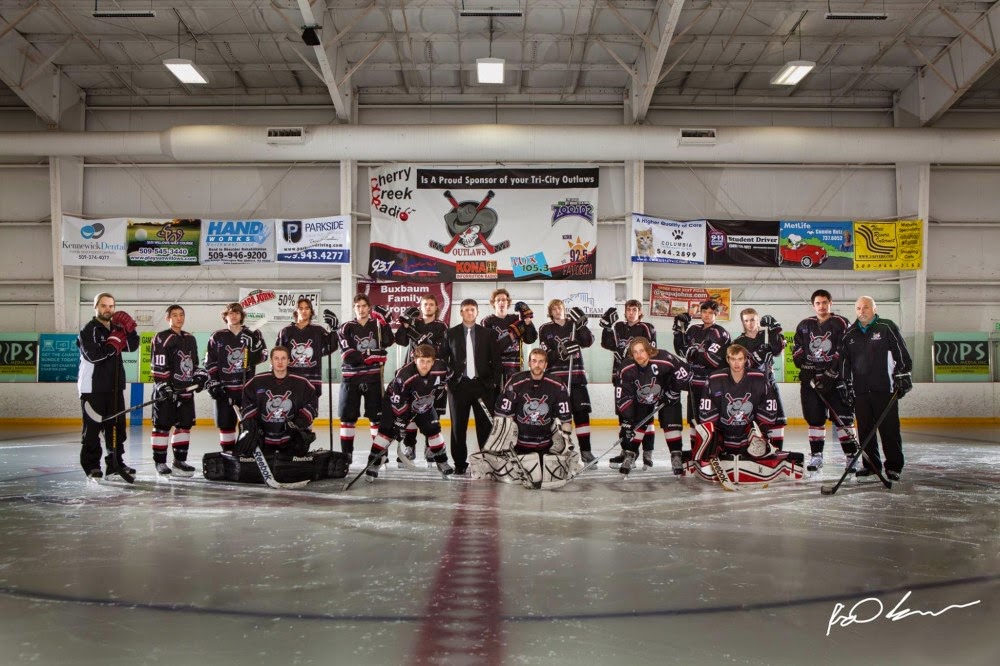 The Handyman and my sister-in-law watching the warm up before the game.
Ice Rinks are COLD!! 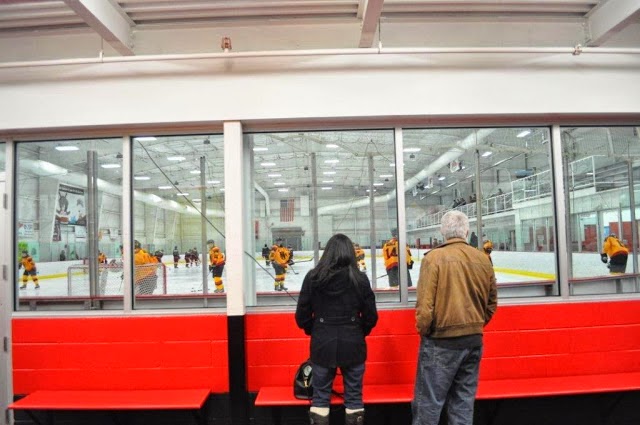 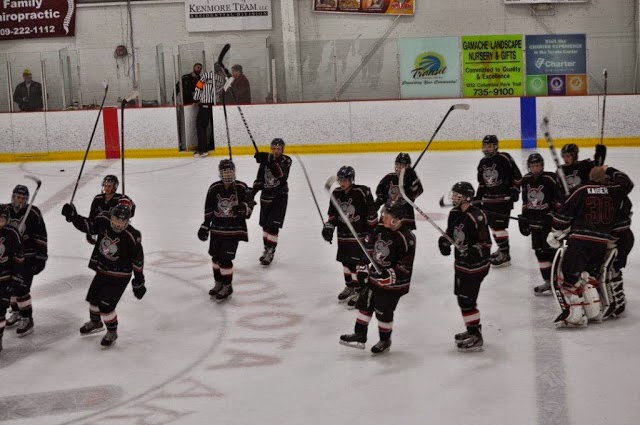 My nephew racing out of the penalty box!
Penalties are just part of the game! 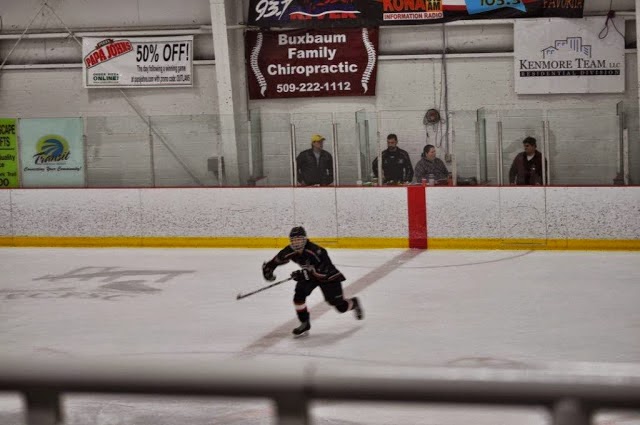 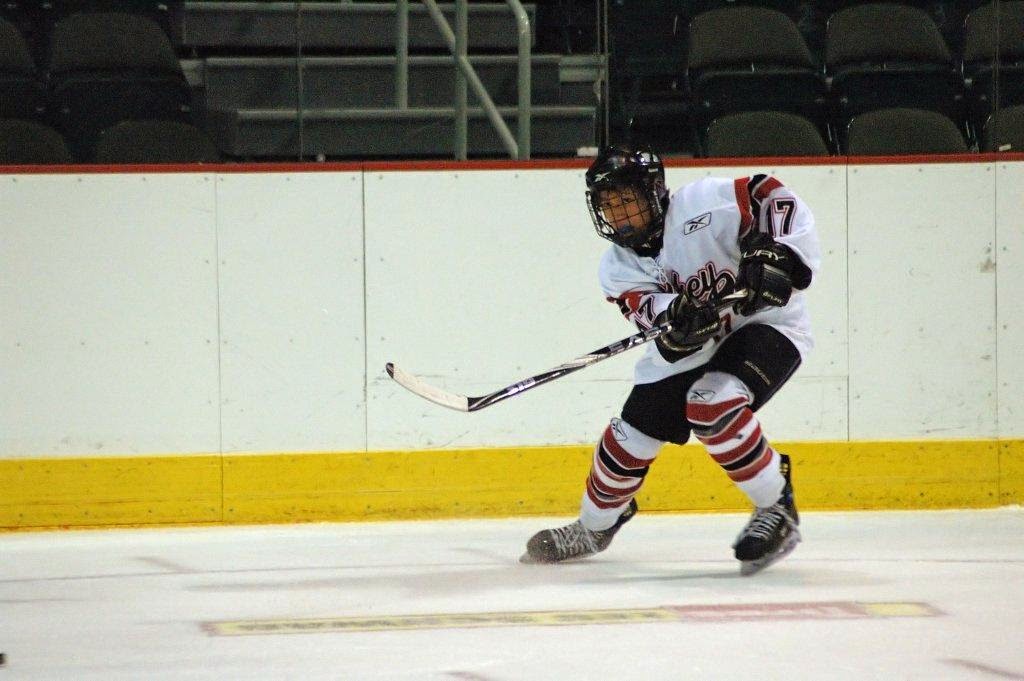 And just for fun...
I found these old photos which show my brother and sister-in-law, their first time on the ice!
(haha-- I would not try it at this stage of the game)
But I would buy a cookbook to support the cause! 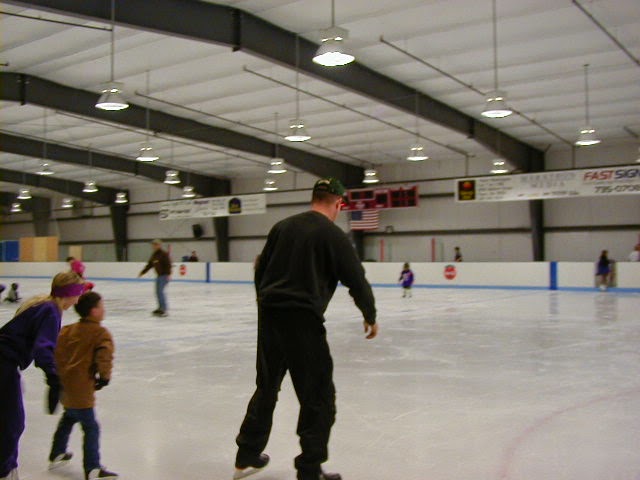 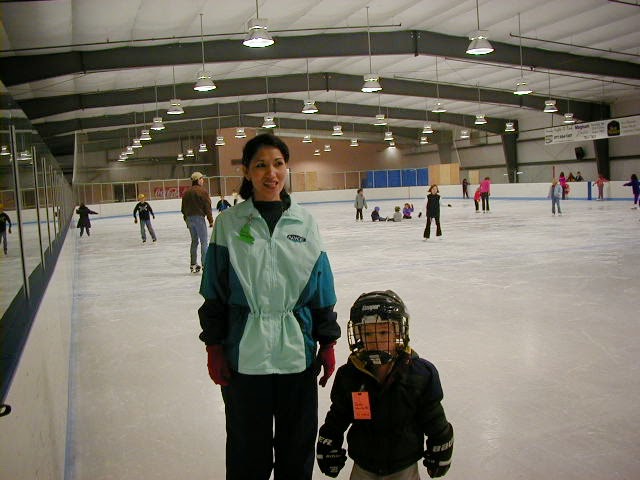 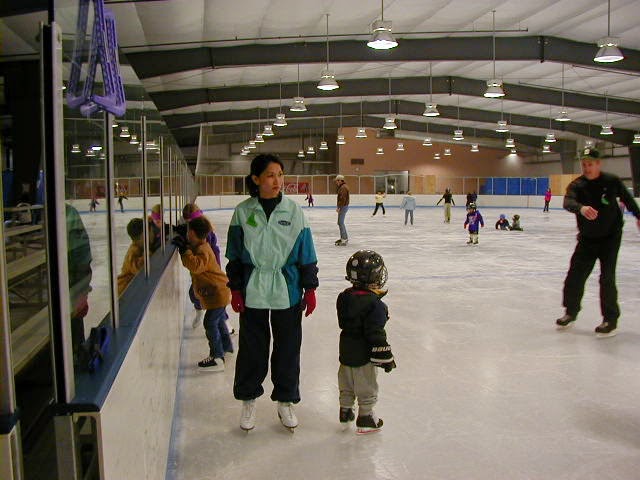 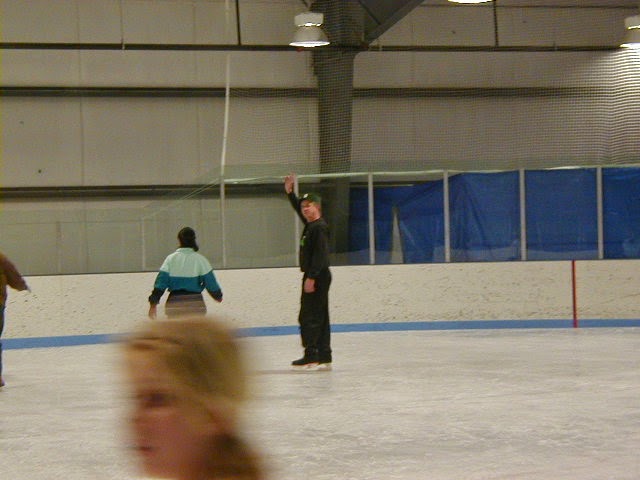 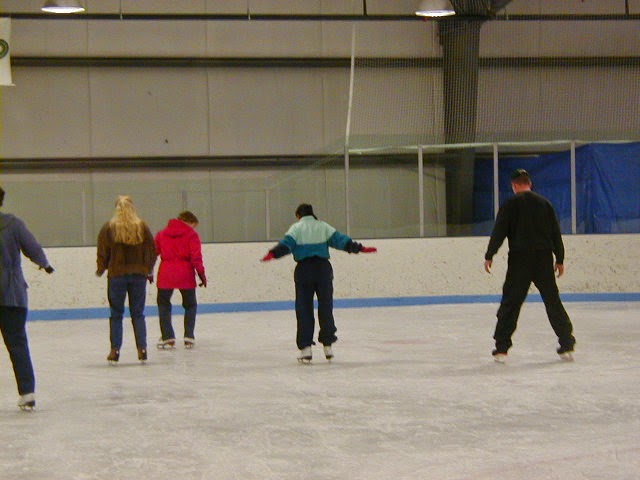 I'm all for anything peachy!