It's Monday -- Where the Red Fern Grows 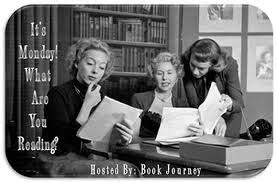 Today is Monday!
What are You Reading?

I just finished this: 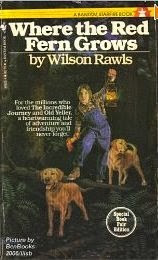 I had to  do it.  I had to read this one.  I jumped on it because after asking 2 of my book clubs members, to name "Memorable Animals in Literature"
This book and Old Dan and Little Ann, were mentioned more than any other animal character.

(even more than the giant squid in Twenty-Thousand Leagues under the sea.)
(that's a silly joke)


Everyone loved these 2 hound dogs and the story of
Where the Red Fern Grows. 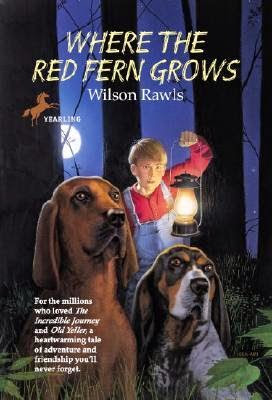 I will give this book 3 stars.

I have nothing against hunters.. at all.
Some of my best friends are hunters.
On one level the book was all about trapping and   hunting and killing.
But it's also about the love between a boy and his dogs. (no one can resist a good dog story, right?)  On another level  is a story of perseverance (waiting and saving for over 2 years to get something you really want) and hard work (again waiting and saving and working towards that),  family love and respect, and growing up.

If I had read it in the 4th grade, I would have fallen in love with it.
I would be putting my hand to my heart and saying  "oooohhh,  Old Dan and Little  Ann" just like everybody else.
But as an adult-- I just didn't love it.
It didn't have enough of a story for me.

It was hard for me to finish-- well, not hard, it's a fast book... I guess I just didn't care about the story much so I had to force myself.
It felt boring to me.
Lots and lots of  hunting down raccoons and then killing them.
Lots of that.
Am I being cynical?
Was I expecting too much?

I'm sure this Children's classic will stand the test of time and be on many people's treasured story shelf.
It just wasn't for me.
At this moment in time.

And then  (and here I am being very, very nit-picky), the dogs on this cover below and on the cover at the top of this post
ARE NOT COON HOUNDS!!
They are Labs.
And this is bugging me.
I have a tad bit of OCD, but it only comes out at weird times.
I KNOW in the scheme of things that this is not a big deal.
BUT why? WHY? would you put the wrong kind of dog on the cover???!!!

The book cover I had in the middle of this post --- has hound dogs on it.
Hound dogs have long ears. 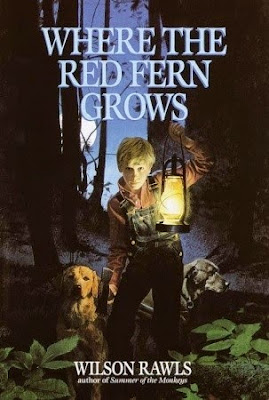 I KNOW THAT I'M WEIRD, okay?

Don't hate me.
But seriously?

A hound dog has long ears because when they track something  and their nose is to the ground... their ears stir up the scent, making it easier to smell.
That's why hound dogs have long ears!!

Labs retrieve something and bring it back.
Like when a hunter shoots a duck.

YES I know that dogs can do more than one thing--you just have to train them, but...
It just seems weird to me to not have the  right dog on the cover!!

Thank you for listening to my weirdness and still liking me.
at May 04, 2015

Email ThisBlogThis!Share to TwitterShare to FacebookShare to Pinterest
Labels: books read in 2015, childrens books, It's Monday

Hm, that's probably not for me.

Oh dear. I thought I wanted to read it until I read yor thoughts on the book. Hunting and trapping and dog death? I don't think I would enjoy this at all.